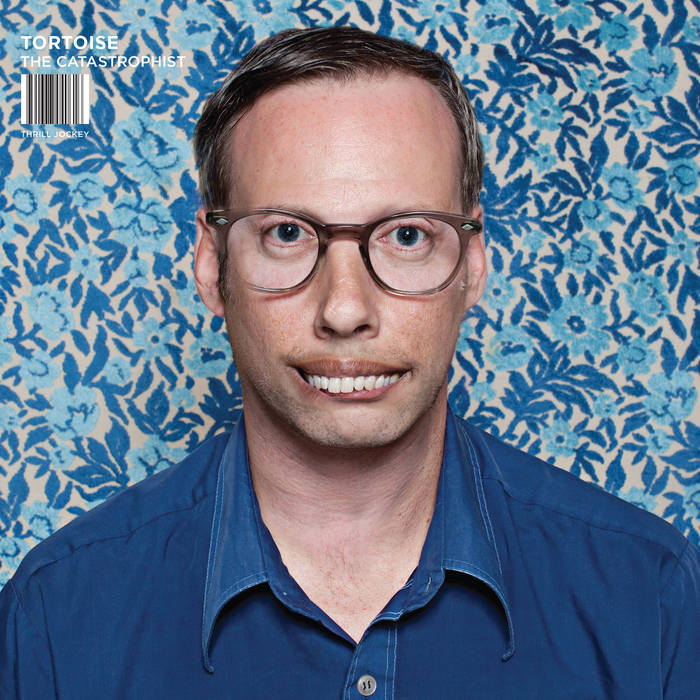 T G Tortoise have always been a mystery to me. I guess the post-rock label confused me, as they're so different from what you'd expect from post-rock in general. And yet, they're incredibly strong and this album is a marvel. The vocals fit as well. Very recommended Favorite track: Hot Coffee.

Simply put, Tortoise has spent nearly 25 years making music that defies description. While the Chicago-based instrumental quintet has nodded to dub, rock, jazz, electronica and minimalism throughout its revered and influential six-album discography, the resulting sounds have always been distinctly, even stubbornly, their own.

It’s a fact that remains true on “The Catastrophist,” Tortoise’s first studio album in nearly seven years. And it’s an album where moody, synth-swept jams like the opening title track cozy up next to hypnotic, bass-and-beat missives like “Shake Hands With Danger” and a downright strange cover of David Essex’s 1973 radio smash sung by U.S. Maple’s Todd Rittman. Throughout, the songs transcend expectations as often as they delight the eardrums.

Tortoise, comprised of multi-instrumentalists Dan Bitney, John Herndon, Doug McCombs, John McEntire and Jeff Parker, has always thrived on sudden bursts of inspiration. And for “The Catastrophist,” the spark came in 2010 when the group was commissioned by the City of Chicago to compose a suite of music rooted in its ties to the area’s noted jazz and improvised music communities.

Tortoise then performed those five loose themes at a handful of concerts, and “when we finally got around to talking about a new record, the obvious solution to begin with was to take those pieces and see what else we could do with them,” says McEntire, at whose Soma Studios the band recorded the new album. “It turned out that for them to work for Tortoise, they needed a bit more of a rethink in terms of structure. They’re all pretty different in the sense that at first they were just heads and solos. Now, they’re orchestrated and complex.”

“All of the songs went through a pretty intensive process of restructuring,” adds Parker. “We actually had quite a lot of material that we ended up giving up on. Oftentimes, we’ll shelve ideas and come back to them years later.”

The album’s single “Gesceap” embodies the transformation of the original suite commissions, as it morphs from two gently intersecting synth lines into a pounding, frenzied full-band finish. “To a certain extent it’s more of a reflection of how we actually sound when we play live,” says McEntire of Tortoise’s heavier side. “That hasn’t always been captured as well on past albums.”

“Rock On,” which McEntire says he and McCombs simultaneously had the idea to cover after having remembered hearing it on the radio all the time as kids, isn’t the only vocal moment on “The Catastrophist.” Also included is the bittersweet, honest-to-goodness soul ballad “Yonder Blue,” sung by Yo La Tengo’s Georgia Hubley. “We’d finished the track and decided it would be good to have vocals on it,” recalls McEntire. “Robert Wyatt was our first choice, but he had just retired and politely said no. We were discussing asking Georgia to do something, but not that track in particular. Then we realized it would totally work.”

Tortoise is planning an extensive world tour in support of “The Catastrophist.” Admits McEntire, “figuring out how to reproduce these songs live will be a bit of a challenge. But I also feel like it might be time to dip into the back catalog a bit. The pool we draw from has been really consistent for quite awhile.

As ever, Tortoise has conjured sounds on “The Catastrophist” that aren’t being purveyed anywhere else in music today. There’s a deeply intuitive interplay between the group members that comes only from two decades of experimentation, revision and improvisation. And at a time when our brains are constantly bombarded by myriad distractions, “The Catastrophist” reminds us that there’s something much greater out there. All we have to do is listen.